Visit of Women from the Al Amari Refugee Camp - June 2014

The six women from Al Amari refugee camp in Ramallah, together with Hanan Bannourah, a Trade Union leader from Bethlehem, arrived in Oxford on 13th June. The delegation had been brought over by the Oxford Ramallah Friendship Association (ORFA). At the Ramallah end, the visit was organised by the Women’s Centre in Al Amari Refugee Camp.

Their first event, on Saturday 14th, was the 'Women in Black Vigil' in Bonn Square. This was followed by a meal organised by the Network of Oxford Women. On Sunday they went by train (the first time for some of them), to Banbury to meet the Labour Party women’s section.

On Monday 16th they had a lunchtime meeting in Oxfam's headquarters. This was attended by 50 mostly young people. Although it was about gender issues in Palestine it could not help being dominated by the issue of prisoners, because the women were the mothers of 6 sons serving life sentences, and one of the sons was going blind, lost the use of one leg, had no hearing in one ear, yet couldn't get medical treatment. In the evening was one of the main public meetings, in St Michael’s Church, chaired by the priest, Bob Wilkes. This was well attended, 60 or so people.

The next day the Oxford Mayor, Mr Abbasi, held a reception for the Al Amari group, while Hanan went to London to meet the President of the Royal College of Midwives, to continue the links with the Palestinian midwives. In the afternoon the whole group met some Oxford lawyers, to discuss human rights. On the evening of the 17th we held the main Oxford public meeting, sponsored by ORFA and Oxford PSC (Palestine Solidarity Campaign). The women movingly addressed a packed courtroom, in the Town Hall (about 70 people). Again the issue of prisoners dominated, and people were directed to the PSC petition about prisoners. 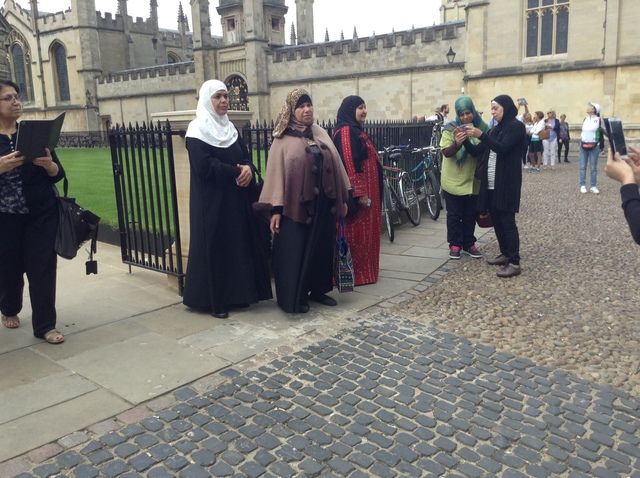 On Wed 18th they attended Unite Women’s section, in the Unite Offices in Cowley. This lasted nearly 2 hours, and resulted in a discussion about going to Palestine. That evening they addressed a public meeting in Faringdon organised by the Arura Faringdon Friendship Association, AFFA. (Arura is a village near Ramallah.)

A group of the women, one of whom has worked in the main Ramallah hospital for 30 years, went to the Unison Offices, in the John Radcliffe Hospital, on Thursday. They received a good response and a list of possible actions was developed. In the evening a group addressed a public meeting, organised by the local United Nations Association (UNA), in Charlbury, David Cameron's Constituency. This is the UN Year for Palestine. It was agreed to send a message to Cameron.

On Friday 20th they went to discuss with the cast of a new play about Palestine 'Far away so close'. They were also interviewed by the 'Oxford Mail'. Two of the women were interviewed by Bill Heine, for his Radio Show that was broadcast on Radio Oxford on Sunday, 11am. This was really well received. In the evening they attended a meal, and a presentation on 'The Palestinian History Tapestry', part of which is due to be produced in the Women's Centre. 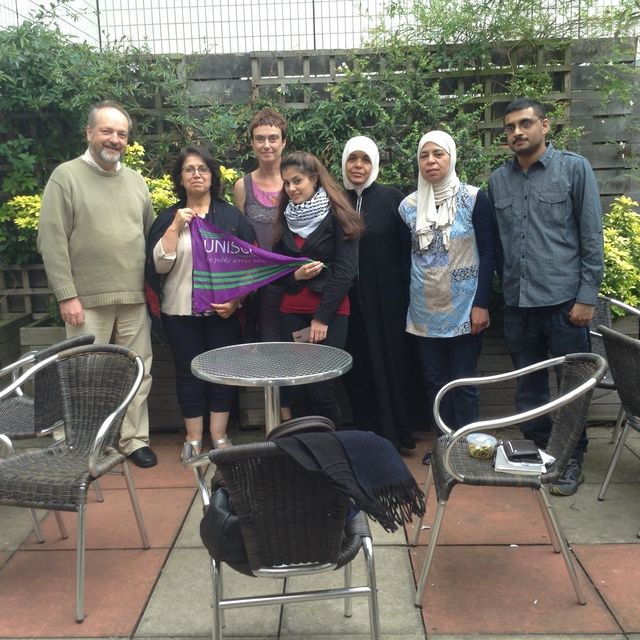 On the Saturday they went to the Women Against Pit Closures (WAPC) event, organised by Oxford Trades Council and Ruskin College, on the 30th Anniversary of the Miners Strike. This included the launch of a new film that Anne Marie Sweeney has made for WAPC. Two of the Palestinian women who spoke, responded to the film, saying that these women in struggle were speaking their own language. This was followed by a lovely meal with supporters in a Cowley Road restaurant.

Sunday was their free day and they all went to London, took an open topped tour, and returned back to a wonderful farewell evening meal and gathering of ORFA patrons and supporters, in a supporter's house and garden. Monday they returned to the airport, and home.