In July a Trade Union Group went with the Oxford Ramallah Friendship Association (ORFA) to Palestine. The group contained 2 probation officers, one nurse, and two car workers. Our two main aims were to visit a hospital, and a courtroom. As well as meet trade unions, and visit the sites of Jerusalem and the rest of the West Bank. On our first day we toured the old city part of Jerusalem, and visited both the Al Aqsa Mosque, and the Holy Sepulchre Church. We then moved to Ramallah.

Our first morning in Ramallah we Visited the Women's Centre in Al Amari Refugee Camp, and met some of the women who came to Oxford last summer. In the afternoon we went to Hebron, by public bus, where we met the leader of the post office union, and toured the old market, and visited the Ibrahimi Mosque. Every year the settlers are taking more control over this area, and the Palestinians are slowly being ethnically cleansed. What started off as the settlers 'right' to go to the mosque has meant Palestinians have lost the right to open their shops, and walk many of the streets. Throughout the journey both ways you can see the settlements developing all over the area. On the TV news was yet another village being knocked down.

On the Wednesday we met the Independent Unions leadership, after we had made a visit to the DWRC, (which deals with union rights). The Independent Union Federation described their many struggles, particularly that of the Public Sector Union, that after a series of strikes, had their leadership imprisoned, and is now closed down, all this by Palestinian Presidential Decree. They are looking for international recognition as a Federation, and condemnation of the banning of a union. We then had a very nice and welcome meal in a home in Al Amari. 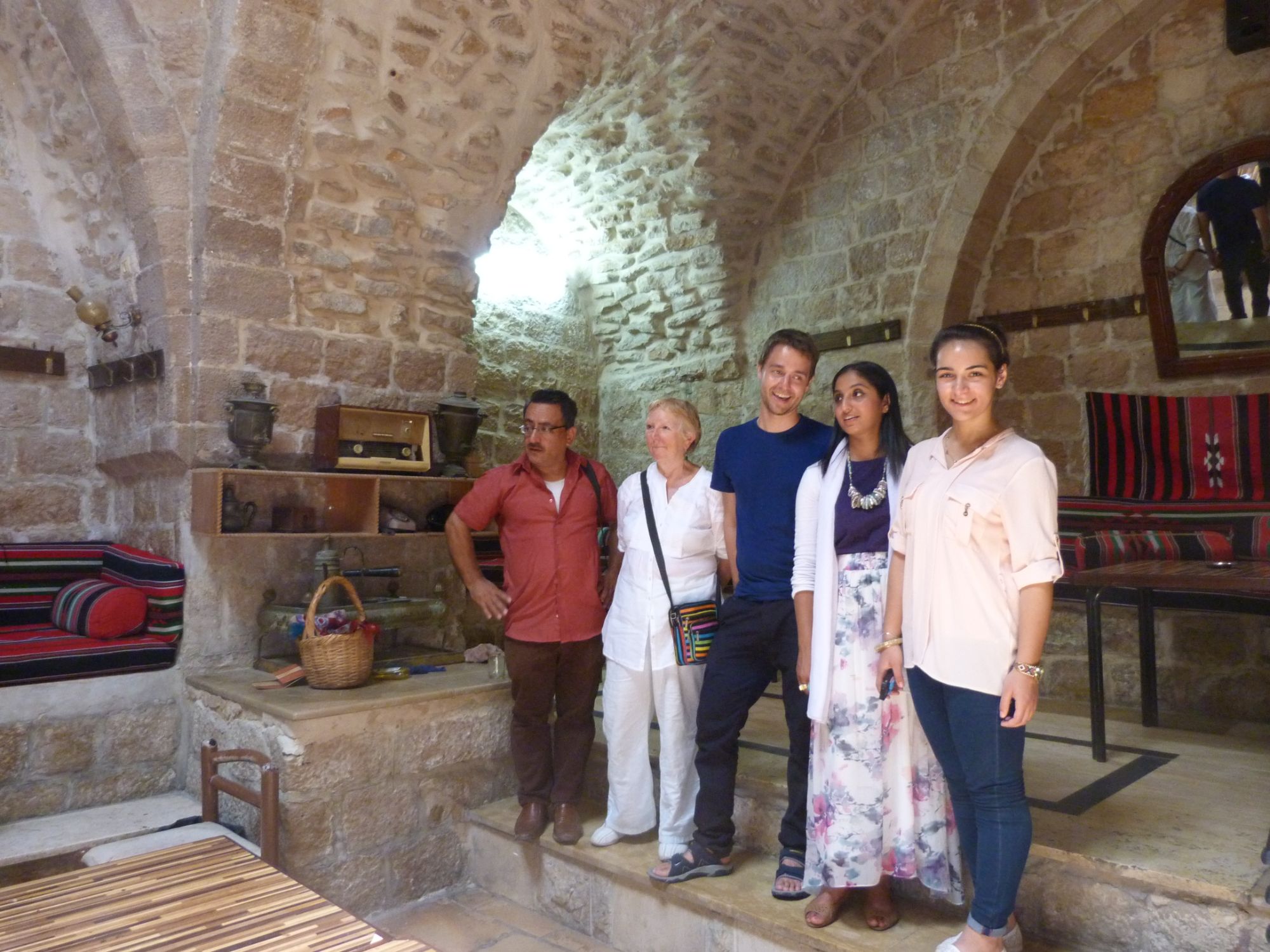 Our next day was very busy. We started with an official tour of the main Hospital Complex in Ramallah. This is a public hospital, and has been greatly increased in size and doing much of the training on the West Bank. It was a privilege to be shown round as special guests, and fulfilled one of the principal aims of our visit. We then had a formal meeting with the Mayor of Ramallah, Musa Hadid, and we brought him the greetings of the Sheriff of Oxford. He was very friendly, and wanted to expand the relationship with Oxford. In the afternoon we went to Bethlehem, and were taken on a tour by our long-time friend, and union activist, Hanan. We saw the Church of the Nativity, and had good views of the Apartheid Wall, and the settlements surrounding the City.

On Friday we went to Nablus, where we were taken around the Old City and into the Turkish Baths by Abed and his daughter, the photographer who came to Oxford with the NUJ in the Palestine Unlocked Festival.

The Saturday was taken up with meeting the Women's Officer of the PGFTU, in Ramallah, and also the leadership of the GUPW Federation, who are also looking for International recognition, and are in talks with the PGFTU about merging. We also met members of the Fide Party leadership.

Sunday was a rest day, and we went with our longtime friend, Mohamed, to Arura Village, to have a picnic under the Olive Trees, what a treat, high in the mountains overlooking valleys of more olive trees. On the way we visited the new Palestinian City Of Rawabi.

Also on the way we went through the unmanned checkpoint at Atara. This was similar to our trip to Nablus -- many checkpoints look out of use, but in both of these visits we were told that in the previous week they had been in operation, in other words you never know. In reality at a demonstration a few days after our passing through Atara a young Palestinian was shot dead by an army sniper.

On our final morning we were taken by a lawyer (working for Defence of Children International) to the courts at Ofer military Camp near Ramallah. We visited both a court remanding older prisoners, and a youth court. Again this fulfilled one of our main aims and was a privilege, though difficult to witness Palestinians at the sharp end of military occupation.

Afterwards we had a free afternoon, and walked around Ramallah before getting our plane back to the UK. We had achieved both our main aims, and much more besides, particularly meeting the women of the camp, Refa, Elham, Nadia and other old friends.