On his first arriving in Oxford on the 23rd October a meal was held by Mazin's hosts with local activists and a group of Gaza students who had been to Brookes University on their Gaza bursary programme.

On the 24th he went to Wytham Woods, where several projects on birds, bees etc have been ongoing for many years.

He then met the staff of the Oxford Natural History Museum, and hopefully joint projects might arise. Likewise with his meeting with staff at the Oxford Botanic Garden (the oldest in the UK).

He then headed off to London, and then Leeds, Chesterfield and Walsall.

On his return to Oxford, on the 28th, he had a tour of Brookes University, and then we held the main Oxford public meeting in the West Oxford Community Centre. This was sponsored by ORFA and Oxford Palestine Solidarity Campaign. 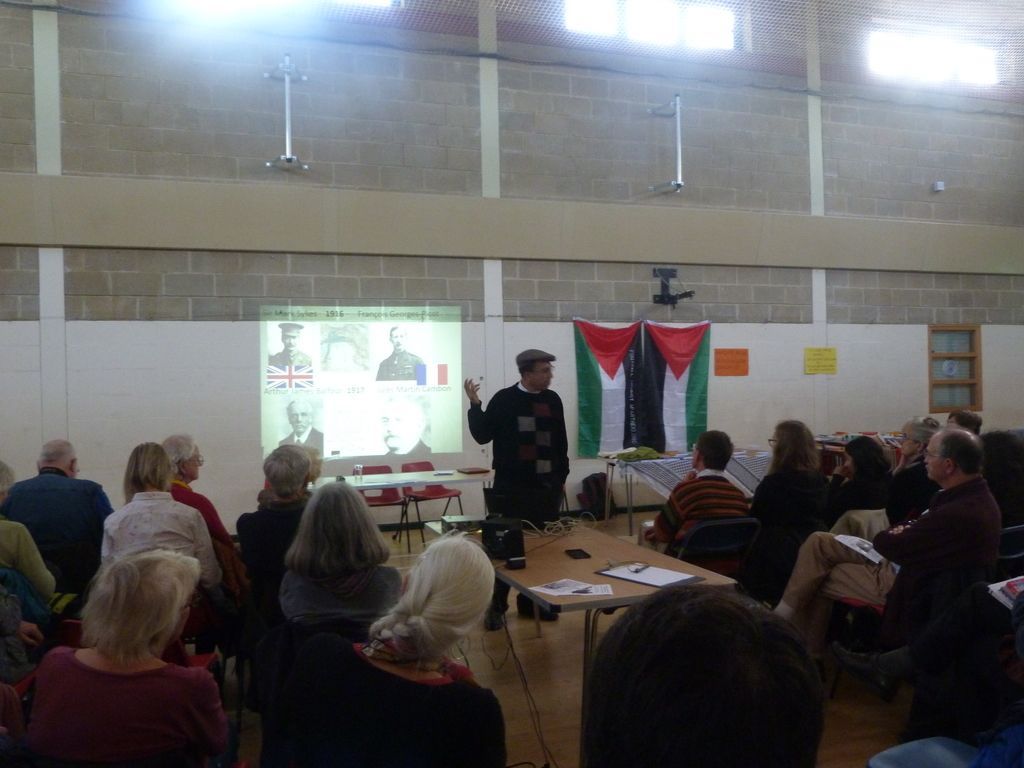 There were about 100 people present who listened to Mazin's hour long talk. This started off with the British Empire’s long preparation for Balfour, and its support for the earliest Zionist colonies. He then dealt with the Balfour Declaration itself, and how the British helped build the foundations of a new state, giving land and protection to the Zionists under High Commissioner Herbert Samuel. He showed how in the present every action of Palestinians was resistance through their existence. He wound up by saying there are two threats to the human race’s existence, that is nuclear war, and climate change - and the Palestinian struggle must include saving the planet.

The audience was clearly impressed and many stayed for the food, music - Chris and Delay of Delnavaz - and discussion with Mazin.

On Nov. 1st  Mazin returned to Oxford. He had a meeting in Oxfam, which was streamed to other bases, and a meeting with the biodiversity, ecosystems and conservation research cluster group in Oxford University. 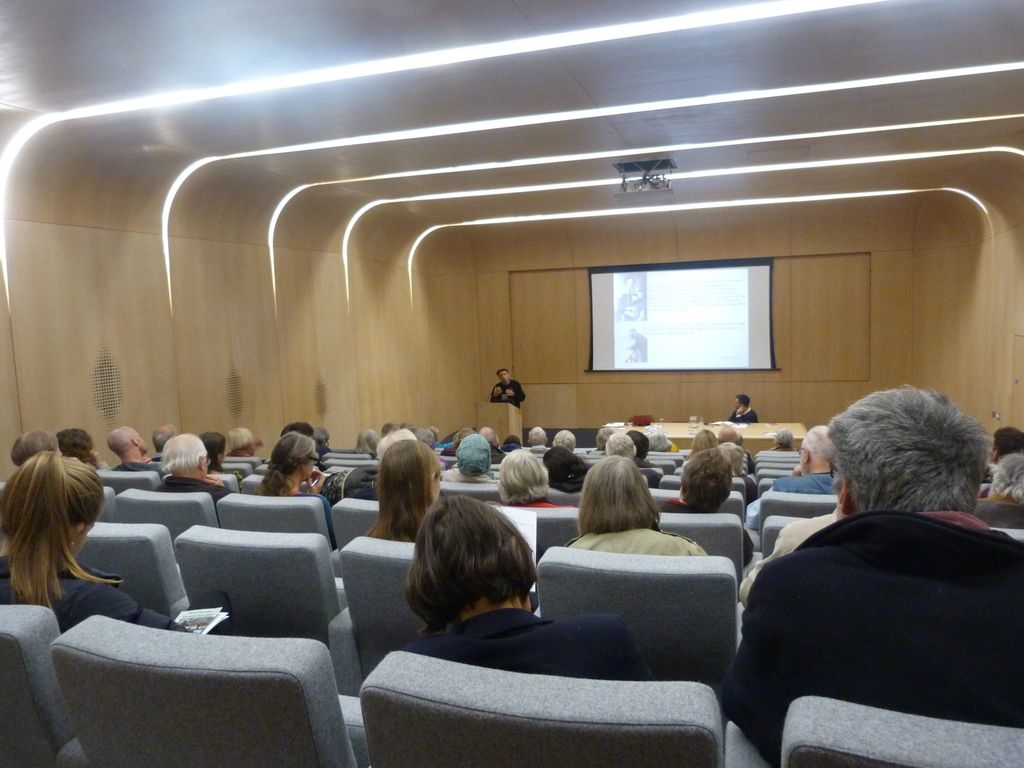 In the evening was the main meeting in the University, in St Antony’s College. The meeting, titled ‘Sharing the Land of Canaan’, was sponsored by ORFA, and Friends of Bir Zeit University (Fobzu), and with the financial support of 'Palestine Unlocked' About 80 people attended. As well as showing a short film about the Palestine Museum of Natural History, Mazin talked about the need for one state, not a state of one religion, a state where all had equal rights. Human societies, like all things in nature, only survive with diversity. He covered the Balfour Anniversary, as he did at all his meetings.

This was again well received. Between the two Oxford Meetings £1000 was raised to support the work of the Palestine Museum of Natural History, where Mazin is the director.